We’ve reached Wyoming! The Grand Teton and Yellowstone National Parks actually border each other and are two of the most popular parks in the country. It showed in how quickly the massive campgrounds filled up! Let me start by saying we LOVED Yellowstone and there is seriously so much to do here. You could probably spend a week here and still have plenty of cool things left to do.

That being said, I wish I had done a little more research and spent more time here and just done Grand Teton for a day or two (not four…). While the Tetons were beautiful, we had difficulty filling our time here. The park is perfect for those backpacking and doing very serious hikes/rockclimbing. It’ll also be your cup of tea if you’re the polar opposite and want to hang out at one of the park’s many resorts and take in the views. On top of few day hikes to be found, the campsite felt like you were on top of your neighbors. We even had the bizarre experience of finding a lost dog at midnight and the owners being quite rude. Thankfully, we did find a bar in the park to watch the Tide roll (and the woman sitting next to us grew up in, of all places, Tuscaloosa)! 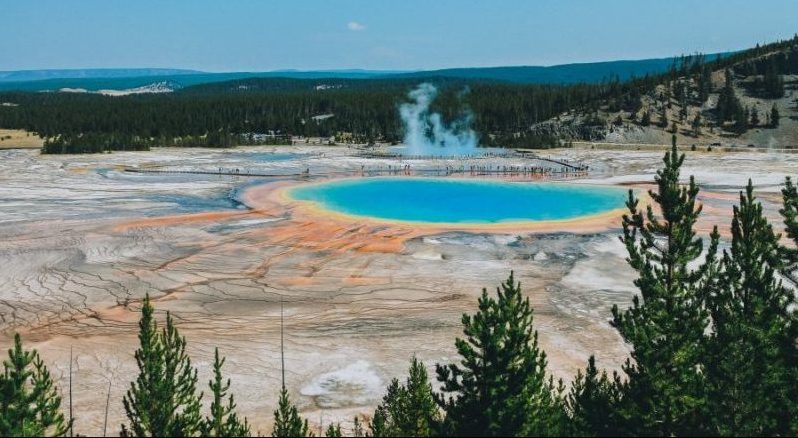 Yellowstone was definitely a different story. The landscape is surreal and varies so much across the park. The first day we hiked out past Fairy Falls to Imperial Geyser. Luckily, a friend let me in on a secret and we continued past the geyser to find a beautiful lake completely covered in lily pads just over the hill. This hike was my favorite of the trip because we only passed a few other people; it felt like we had the park to ourselves! At one of our campgrounds, each morning we woke up to a couple elk and a few deer checking out a few campsites across from us. While driving and hiking we came so close to so many bison! On one hike we even had to leave because rangers were shutting it down due to bison on the trails.

The only thing I didn’t think was 110% worth stopping at was Old Faithful. It is right in the middle of a visitor center, a couple of the resorts, and several restaurants – which means there’s always a whole lot of people crowded around. I didn’t get any pictures here because it was so crowded. Literally everyone had a huge iPad out to video the two minutes. I guess now I can say I’ve seen it? But this was the only stop where crowds kind of took away from the experience.

Our last day we spent visiting the Grand Canyon of the Yellowstone. While some of the trails were closed because of weather, the overlooks were amazing! The few trails we could go on gave us some amazing views like the one above! If we ever have the chance to go back to the park, this is one spot I would make a point to spend more time enjoying. 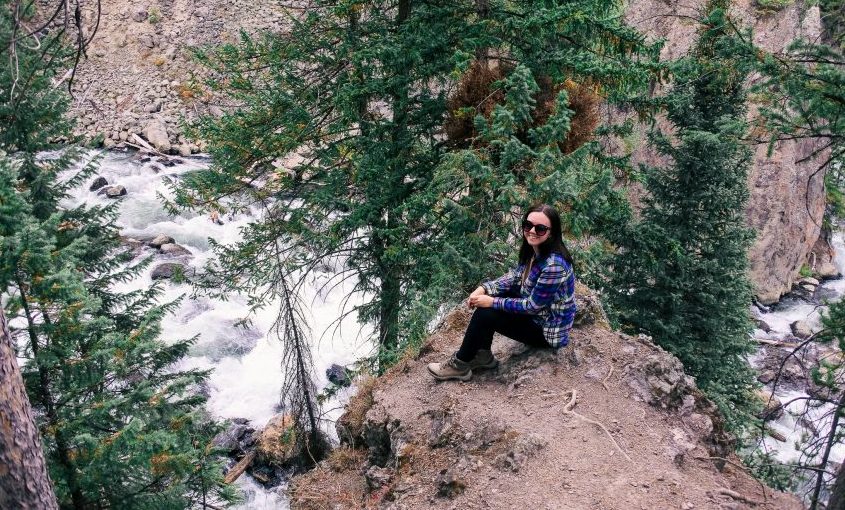 Next Up: When plans don’t go according to plan.. 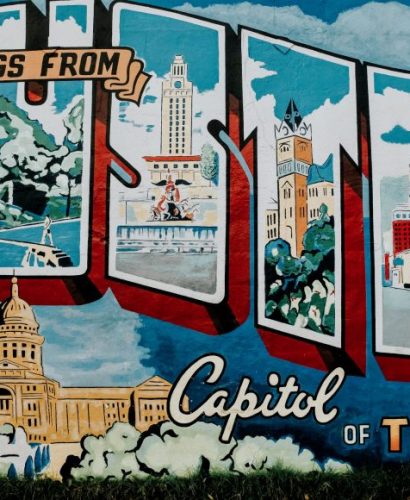 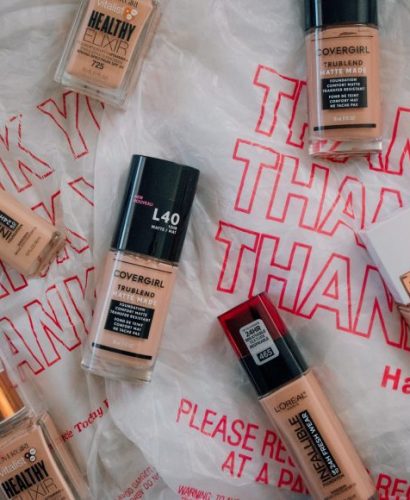 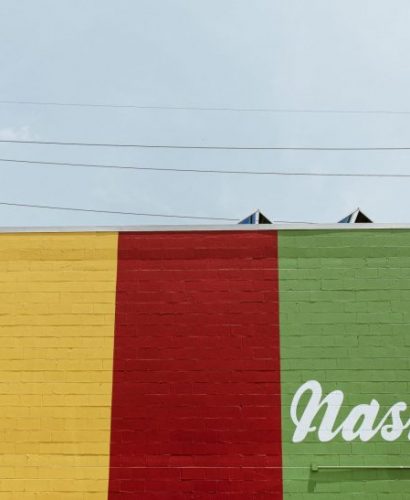